A Life Without Limits by Chrissie Wellington 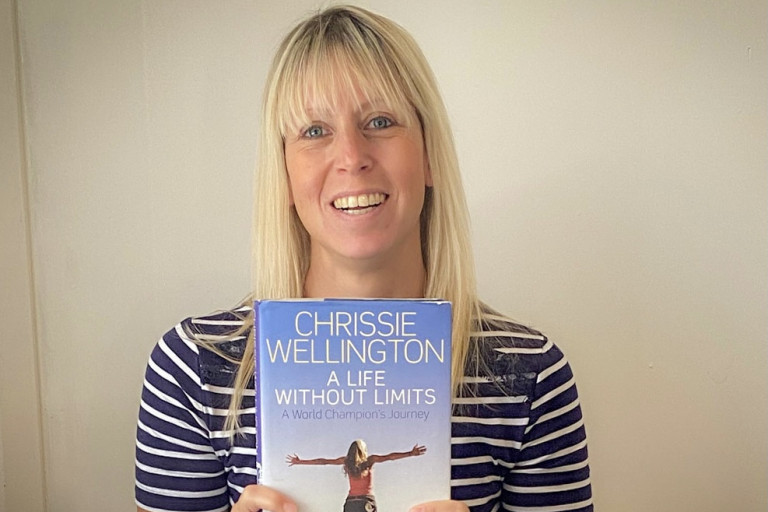 What amazes me about Chrissie Wellington is not that she wins, but by how much… Like Usain Bolt, Wellington has burst on to the scene and destroyed the opposition. Those within athletics said Bolt was coming, but Wellington came from nowhere and wins by a relatively greater margin.

Sitting down with a book reading for a few hours does not come naturally to me, but this book had me enthralled from start to finish. I have loved sport from a very young age and my family are sport enthusiasts, so I was interested to read about Chrissie Wellington’s life and her achievements.

In October 2007 Chrissie Wellington, an unknown thirty-year-old from Norfolk, shocked the world of triathlon by winning the Ironman World Championships in Hawaii, one of the most grueling, single-day sporting events – a 2.4mile swim in the Pacific, 112mile bike ride through sweltering lava fields, rounded off with a marathon. Nine months earlier, she had been a civil servant in Whitehall.

Chrissie is now one of the greatest triathletes of all time, a multiple Ironman World Champion who has set numerous world records with times thought to be beyond the reach of women.

At Troy we believe in allowing you to inspire your business and embrace what ignites your passion, to pursue and achieve success. Chrissie demonstrates her passion and the wanting to achieve in many areas of her life, academically, when travelling solo through Asia, working in Kathmandu and her sporting career. She is extremely passionate about being the best person she can be with whatever she takes on in her life and ensuring she helps others along this journey.

Chrissie comes from a non-sporting family. Her only interest in sport when she was younger was joining the swimming club, more for the social side of things. When younger it was the academic side that she threw herself into and studied extremely hard to achieve her first-class degree in geography at Birmingham University. She achieved the highest grade ever recorded in the department and was awarded the title of University Scholar, 1998.

She didn’t discover her passion for sport until she was travelling in New Zealand where she entered her first race which was the Coast to Coast challenge (New Zealand’s biggest race) and came 2nd overall. This led to her believing she could become a professional triathlete and was the start of her outstanding triathlon career.

Chrissie Wellington’s passion for being the best she can and helping others did not stop after retiring from Ironman. She has continued with her charity work and after getting married and becoming a Mum she joined Parkrun’s staff as Head of Participation, and later became the Head of Health and Wellbeing.

I learnt from this book that life really doesn’t have any limits and you can achieve anything you put your mind to, and be the best person you can whilst helping others along the way to follow their dreams. In Chrissie’s life she didn’t become World Champion through having the best bike, wetsuit etc.  In fact when she first started triathlon, she borrowed everything. She became World Champion because of the passion she had to be the best version of herself.

This was a very interesting read about her life, addictions she has overcome, how she got to where she is today by traveling until she found her real passion and how she pursued that passion. I recommend this book to everyone; you don’t need to be a sports enthusiast to appreciate what she has achieved in her life so far and what a special human being she really is.

If you would like to receive our newsletter containing our latest blog posts, book reviews and video releases, sign up here.